Children have a weird affinity with slime, but when it gets into the carpet, it can turn into a nightmare for every parent.

Slime time, thankfully, does not have to destroy your carpet or rugs if they become victims of the goo. To save you time and stress, we’ve included a quick guide on how to strip slime from your precious carpet.

How to Get Wet Slime Out of Carpet

Using your fingertips, remove as much of the slime from the carpet as possible. The most you can get rid of with your hands, the better. You can also gently scrape away as much slime as you can with a spoon.

If your carpet is stained from the slime coloring after using the white vinegar mixture, you can clear the stain with OxiClean. 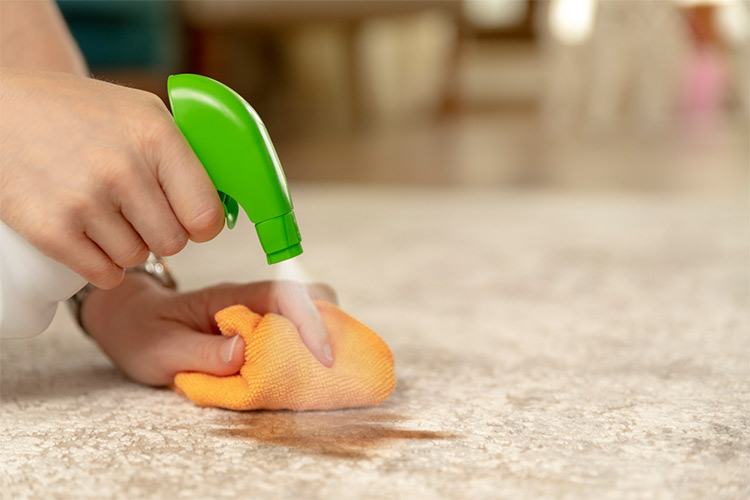 How to Get Dried Slime Out of Carpet

You’ll want to get rid of the dried slime on the carpet as soon as soon as possible. Allowing it to sit for an extended period of time would only make it more difficult to remove.

To remove the remaining slime, repeat the steps outlined in the previous section on how to remove wet slime.

Things You’ll Need to Get Slime Out of Carpet

Vacuum: Once you’ve removed as much slime as possible from the carpet, a final vacuum will lift any residue remaining within the carpet’s deeper layers and restore its thick and lush appearance.

Paint scraper: Although a butter knife from your kitchen drawer would suffice, we suggest a paint scraper because it has a larger surface area and is thus more effective at removing the slime from your carpet. Whichever tool you use, make sure it is not too sharp to harm your carpet.

Scrubbing brush: Make sure your scrubbing brush has a handle that you can easily grip. This allows the thick, dried-in slime bits to come free from the carpet without damaging it.

OxyClean spot treatment: This spot treatment’s oxygen-based, water-activated solution is highly effective at removing stains from your carpet, including the colored dye left behind by slime. Dissolve the powder in water and use a clean rag to dab it onto the carpet. Put on gloves and do a spot-check first.

How Do You Remove Dried Slime?

Whenyou’re dealing with dried slime, the best course of action is to soak it in warm water. This will help to loosen the slime and make it easier to remove. You can also add a little bit of dish soap to the water, which will help to break down the slime.
Once the slime is soaked, simply use your hands or a sponge to scrub it away. For tough spots, you may need to use a toothbrush or other small brush. If all else fails, you can always try using vinegar or baking soda.
Just be sure to rinse the area well afterwards so that your child doesn’t end up with a mouth full of chemicals!

How Do You Get Slime Out of Clothes After They Have Been Washed and Dried?

If slime gets onto clothes, it can be difficult to remove, especially after the garment has been washed and dried. The first step is to try and scrape off as much of the slime as possible with a blunt object like a spoon. Once most of the slime has been removed, soaking the garment in vinegar for 30 minutes can help to break down the remaining residue.
If that doesn’t work, rubbing alcohol can also be used. It’s important to test any cleaning solution on an inconspicuous area of the fabric first to make sure it won’t damage or fade the material. With a little elbow grease, it’s possible to get slime out of clothes, even after they’ve been washed and dried.

How Does Baking Soda Remove Slime From Clothes?

Baking soda is a versatile household product that can be used for cleaning, cooking, and deodorizing. It is also effective at removing slime from clothes. Slime is made up of long chain molecules called polymers. When these molecules come into contact with water, they link together to form a slimy substance. Baking soda works by breaking the bonds between these molecules, causing the slime to fall apart.

To remove slime from clothes, simply add a cup of baking soda to your laundry detergent and wash as usual. You may also want to pre-treat any especially slimy areas with a paste made of baking soda and water. For best results, be sure to use hot water when washing clothes with baking soda. The heat will help to break down the slime and make it easier to remove. 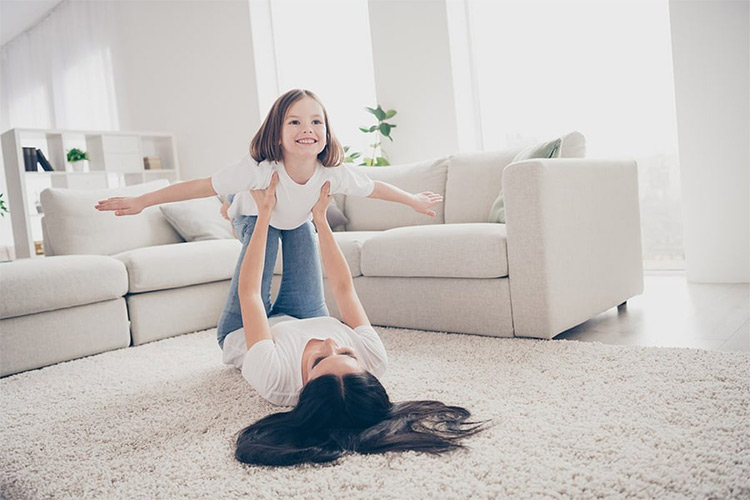 Don’t worry about how to get slime out of your carpet. Your carpet will be slime-free in no time with these steps and a few common household items. Forget about costly cleaning solutions or equipment that can ruin your carpet; all you need to remove slime from your carpet is a solution of white vinegar and water, as well as a gentle scrubbing brush and a clean cloth or towel. For difficult-to-remove stains, such as colored dye from slime, combine some OxyClean powder with water and dab until the color is gone.