Circuit breakers are automatically operated electrical switches with on and off buttons. They are intended to safeguard an electrical circuit against damage caused by excessive electrical currents.

You must understand electricity to understand how a circuit breaker works. Electricity has three main qualities: resistance, voltage, and current.

Voltage works like pressure on the conductor to transfer the electric charge. The rate of flow is described as current. And resistance occurs when an electric current interacts with a conductor — various types of conductors give varying degrees of resistance, which is why certain materials conduct electricity better than others. 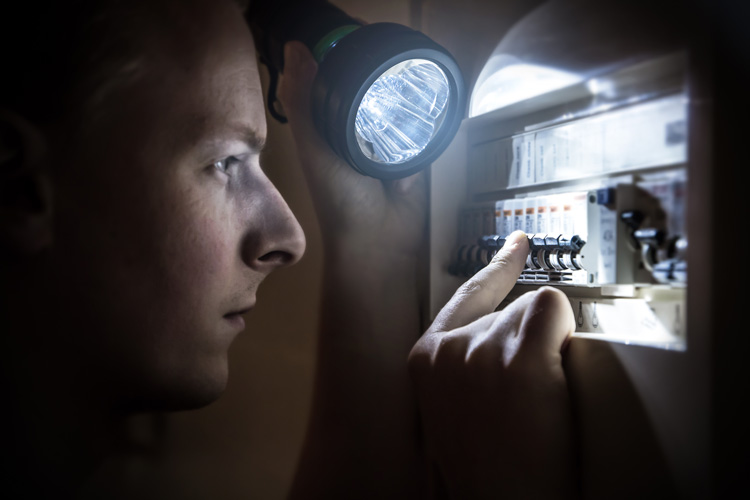 The wiring in your home should be made up of three different types of wires: a hot wire that generates heat, a neutral wire, and a ground wire. Normally, the hot and neutral wires never come into contact, and the current flows through an appliance that adds a high degree of resistance to the current in order to maintain the voltage at safe levels.

If the hot and neutral wires come into contact for some reason, the current will immediately experience significantly reduced resistance, causing voltage and current levels to rise to levels dangerously close to those of fire. When the current and voltage levels on a circuit get too high, the circuit breaker trips, cutting off power to the circuit. 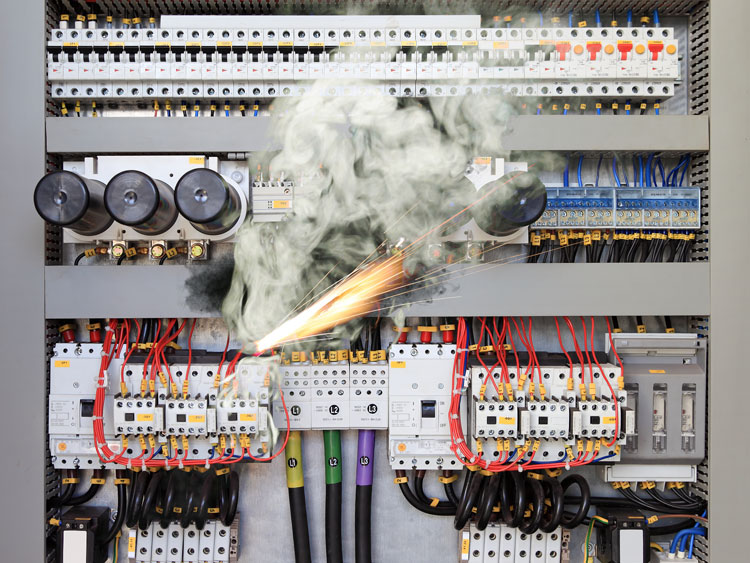 Circuit overload is one of the most common causes of circuit breakers tripping on a regular basis. This happens when you expect a specific circuit to have more power than it actually has. This will cause the circuit to overheat, putting all of the electrical equipment connected to the circuit at risk.

For example, if your television is connected to a circuit that requires 15 amps but is now using 20 amps, the television system’s circuit will be fried and destroyed. To avoid this from occurring, the circuit breaker trips, possibly preventing a major fire.

You can solve this problem by redistributing the electrical equipment and taking them off the same circuits. To – the electrical load on the circuit breaker, you can also switch off certain devices.

A short circuit, which is more dangerous than an overloaded circuit, is another common cause for circuit breakers to trip. A short circuit occurs when a “hot” wire in one of your electrical outlets comes into contact with a “neutral wire.” When this occurs, a huge amount of current flows through the circuit, producing more heat than the circuit can handle. As this occurs, the breaker trips, shutting down the circuit and preventing potentially harmful incidents such as a fire.

Short circuits may occur for a variety of reasons, including defective wiring or a loose link. A short circuit can be identified by a burning odor that is normally left around the breaker. You may also spot a brown or black discoloration around it.

Surges caused by ground faults are similar to short circuits. They happen when a hot wire comes into contact with a bare copper ground wire or the side of a metal outlet box that is attached to the ground wire. This will allow more energy to flow through it, which the circuit will be unable to manage. The circuit breaker trips to protect the circuit and equipment from overheating or possible fires.

If ground fault surges occur, you may notice discoloration around your outlet. If you avoid or neglect either of these issues, you are jeopardizing the protection of your home and loved ones. If your circuit breakers are regularly tripping, it is time to call in professionals to investigate the issue. Do not attempt to solve this problem on your own.

How to Reset a Tripped Circuit Breaker 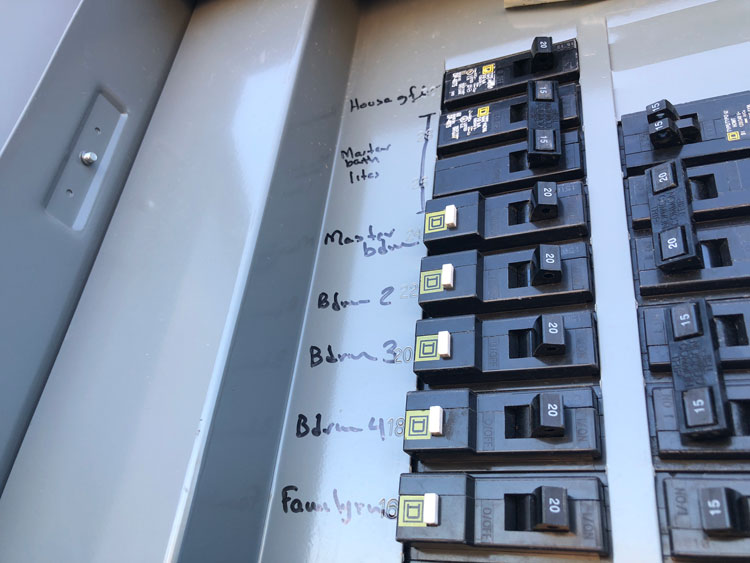 Circuit breakers are typically found in a gray metal main service box in a utility area such as a basement, laundry room, garage, or utility closet. The main breaker box may be housed in a wall cabinet if it is located in a finished space. If your home does not have a main circuit breaker box, your electrical service is most likely older, and the circuits could be operated and secured by fuses. Fuse boxes work in the same way as breakers, but they need a different procedure to repair the circuit if a fuse “blows.”

Look for the breaker whose switch lever has been moved away from the ON position. It would most likely be the only one with a trigger that does not point in the same direction as the other breakers. Most circuit breakers have an orange or red marker window that indicates when it has tripped. If there is no indicator, look for a switch that has been fully turned off.

3. Turn Off Lights and Appliances on the Circuit 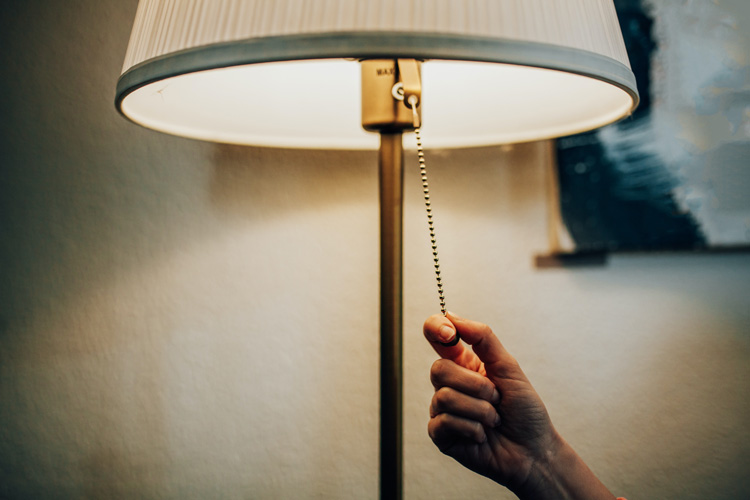 Most experts suggest that no electrical load be applied to the circuit at the time the tripped circuit is reset. This is not needed, but it is a highly recommended safety precaution. Switch off all light fixtures and appliances that are connected to the circuit. 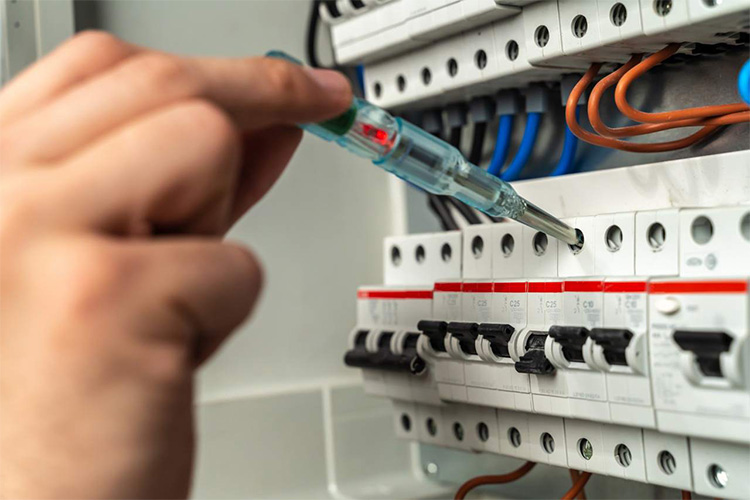 Switch on the circuit’s lights and appliances. If the circuit breaker trips again, it’s time to call an electrician because it means a more severe issue with the circuit.

If this is not feasible, you will need to hire an electrician to perform an electrical upgrade, which will allow you to add more circuits to your system. Large appliances, such as dishwashers, microwave ovens, and garbage disposals, should be on their own “dedicated” circuits, but in older households, two or more appliances are often fed by a single circuit.

Such circuits are more susceptible to overloading and tripped breakers, so you may want to update the system to avoid this.