Beneficial insects are critical to the health of a garden. One such useful insect is the assassin bug. What are assassin bugs like? Recognizing this garden predator as a beneficial garden helper rather than a potentially harmful problem provides a natural insight into the natural cycle of life in your landscape. Assassin bug detection can also help you avoid any unpleasant and uncomfortable bites that might arise unintentionally.

What is an Assassin Bug?

An assassin bug is a predatory insect that preys on other bugs. It also feeds on reptiles, birds, and other animals, including mammals like humans. There are reportedly 7000 species worldwide, with 50 of them native to California. 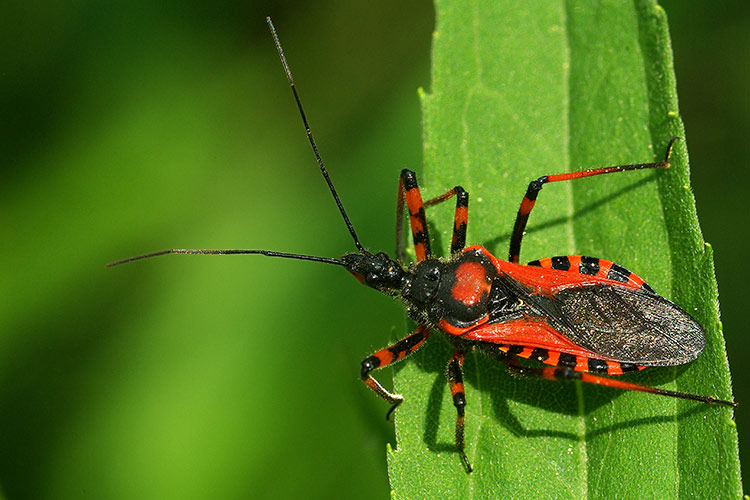 Most gardeners believe that the assassin bug is useful since it feeds on a variety of insects such as flies, ladybugs, bees, caterpillars, and other pesky creatures that might consume your plants. Nonetheless, assassin bugs are very dangerous to deal with, so you should know what to do if you come across one.

This bug captures and stabs its prey, immobilizing it. Toxins are injected into the victim’s bloodstream, rendering the prey immobile. After that, the assassin bug will begin sucking on the victim bug’s body fluids before it dies. The assassin bug’s mouthparts are powerful and straw-like, allowing it to quickly penetrate the body of a larger mammal.

The assassin bug is also known as the kissing bug in certain parts of the world. This is due to the fact that it sometimes bites humans and other creatures near their mouths.

As the term “kissing bugs” applies to the entire family, not all assassin bugs are kissing bugs. Some people refer to them as vampire bugs because their predominant source of food is the blood and other bodily fluids of other beings, including larger animals.

Assassin bugs are easy to recognize due to their small heads in contrast to their oval elongated bodies. To fit in with the surroundings, they can be green, brown, or even black. In most instances, the bug will simply disappear under a leaf or a flower, hoping for an unsuspecting bug to approach.

Ambush bugs are similar to assassin bugs, but their colors are normally brighter. They may be red, yellow, orange, or green to draw the interest of other insects who may mistake them for a flower. To capture their prey, ambush bugs have thickened front legs.

The species that attack vertebrae can be easily identified due to their distinctive mouthparts. They can feed on animals such as rats or dogs. They might be interested in feasting on human blood if you’re not careful.

Assassin bugs are widespread in the Southwest of the United States and in Latin America. They can be dangerous and, in rare cases, lethal to humans. They spit venom and have feces that can produce parasites that can cause severe infections in humans.

The majority of the time, these bugs do not attack humans until they are seriously provoked. Some humans even handle the assassin bug carelessly because they are unaware of the harm it can inflict. In rare cases, the kissing bug can enter your home and bite you unintentionally.

Kissing bug bites are distinct as they’re more dangerous. They don’t hurt too badly at first, so you do not even know that the bug has bitten you. Nonetheless, the bites of kissing bugs are more dangerous to humans. Here are some of the signs and symptoms.

Kissing bugs will place you at risk for Chagas disease. This is a potentially fatal illness caused by the protozoan parasite Trypanosoma cruzi. Chagas disease is often sometimes referred to as American Trypanosomiasis.

Here’s how to identify if you’ve been bitten by an assassin bug:

Many gardeners should be pleased if they encounter an assassin bug in their backyard for this bug does an outstanding job at keeping other bugs at bay. Most gardeners and farmers waste a lot of time and money attempting to shield their plants from hungry predators like aphids, caterpillars, and squash bugs. The assassin bug would happily prey on these insects, which are the plants’ natural enemies.

However, since these bugs do not discriminate, they can feed on harmless bugs that you need in your gardens, such as bees and ladybugs. Ladybugs feed on other insects such as aphids, and bees are essential for pollen grain transfer.

Kissing bugs, in particular, can be found in 28 states in the Midwest and south of the United States. These bugs were formerly located farther south, but climate change has forced them to stay in these regions. 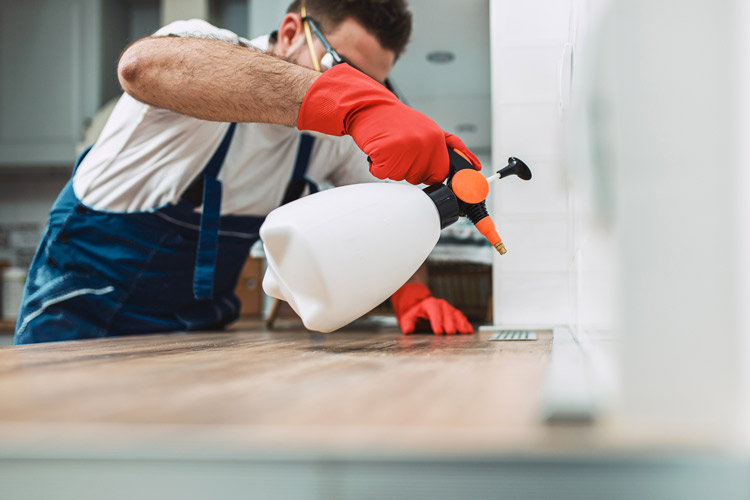 Kissing bugs and assassin bugs will usually hide in burrows, nests, and other hidden parts of your garden. Kissing bugs are drawn to the bright lights and colors of your home, so they are more likely to enter to look for food.

These bugs like cool, dark places to hide, so they seek refuge between mattresses, where they can be mistaken for bed bugs, so having mattress and pillowcase encasements isn’t a bad idea.

The easiest way to deal with your assassin bug issue is to keep them out of your home. Here are few things to do if you have a major infestation.

How to Get Rid of Assassin Bugs

Assassin bugs are strong and can stay active even in cold temperatures. As a result, getting rid of them might not be the simplest job. When assassin bugs have found a way into your home, they will most likely remain for a long time.

These bugs like to remain in groups and will hide throughout the day. However, they become very busy at night and are drawn to lights. Fortunately, certain home remedies will help you get rid of assassin bugs.

Controlling the populace outside the building is the first step in treating an assassin bug infestation. This will keep the bug from reproducing and infesting your home in the future.

Dealing with insecticides can be a challenging challenge, particularly if you have allergies or other health problems. Hiring a licensed exterminator service is a practical solution to ensure every trace is eliminated.